“The idea that urbanity is tied down to progress or civilisation, I think, is wrong,” says Kenyan photographer Mutua Matheka in an interview from his home in Nairobi. “I’m curious about what urbanity is for us.”

A former architect, Matheka uses his style of photography to capture architecture, cityscapes, landscapes and urban life in African capital cities to change people’s mindsets about their surroundings.

In 2017, he and three friends – a fellow photographer, an artist and a filmmaker – set out on a road trip through Southern Africa to capture images that balance existing perceptions of African cities. The project, ‘Unscrambling Africa,’ is an exploration and documentation of African urbanity, landscapes and culture that reveal a side of the continent not seen on TV or in wider popular culture.

“The worst of Africa has been photographed for so long,” Matheka explains. “I am not interested in photographing that.

We need to see Africa as Africans and not from the perspective of white Westerners.” 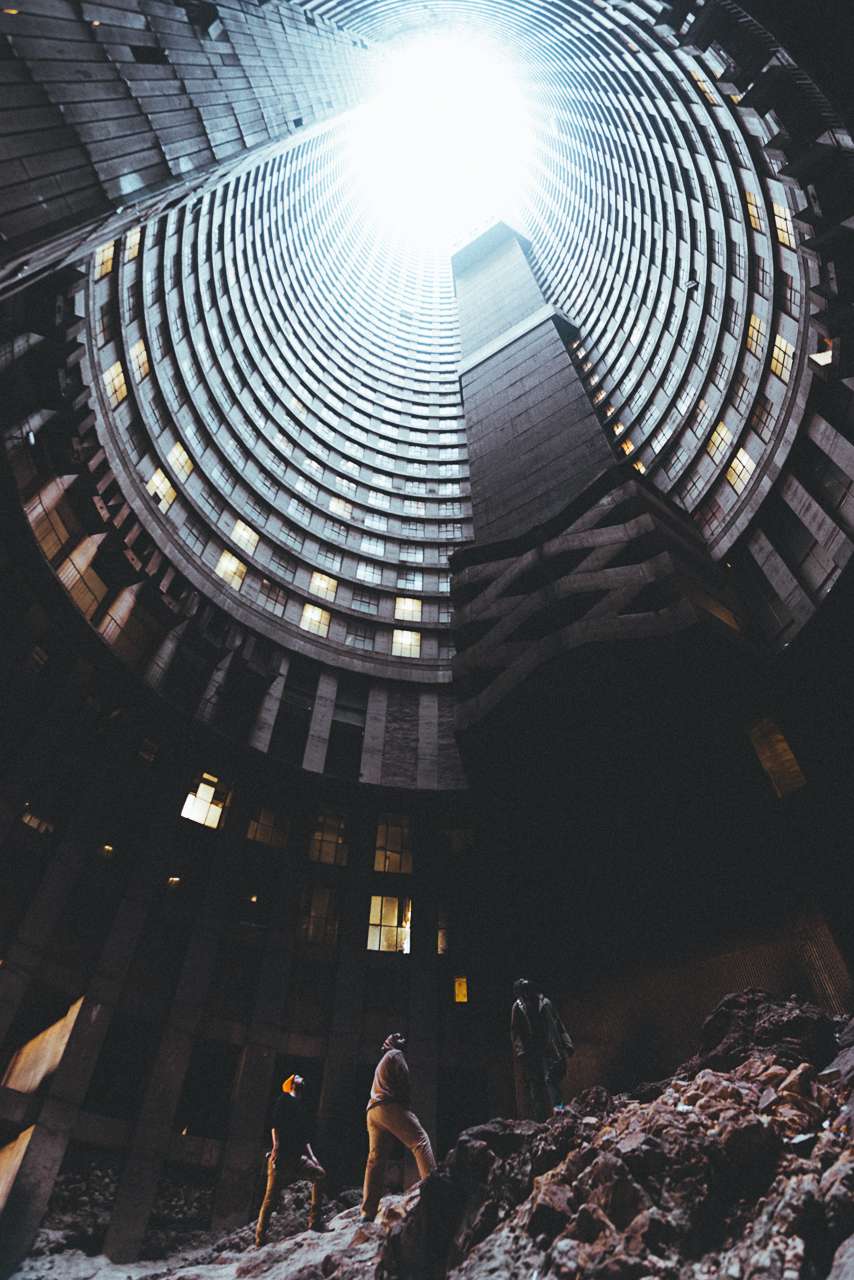 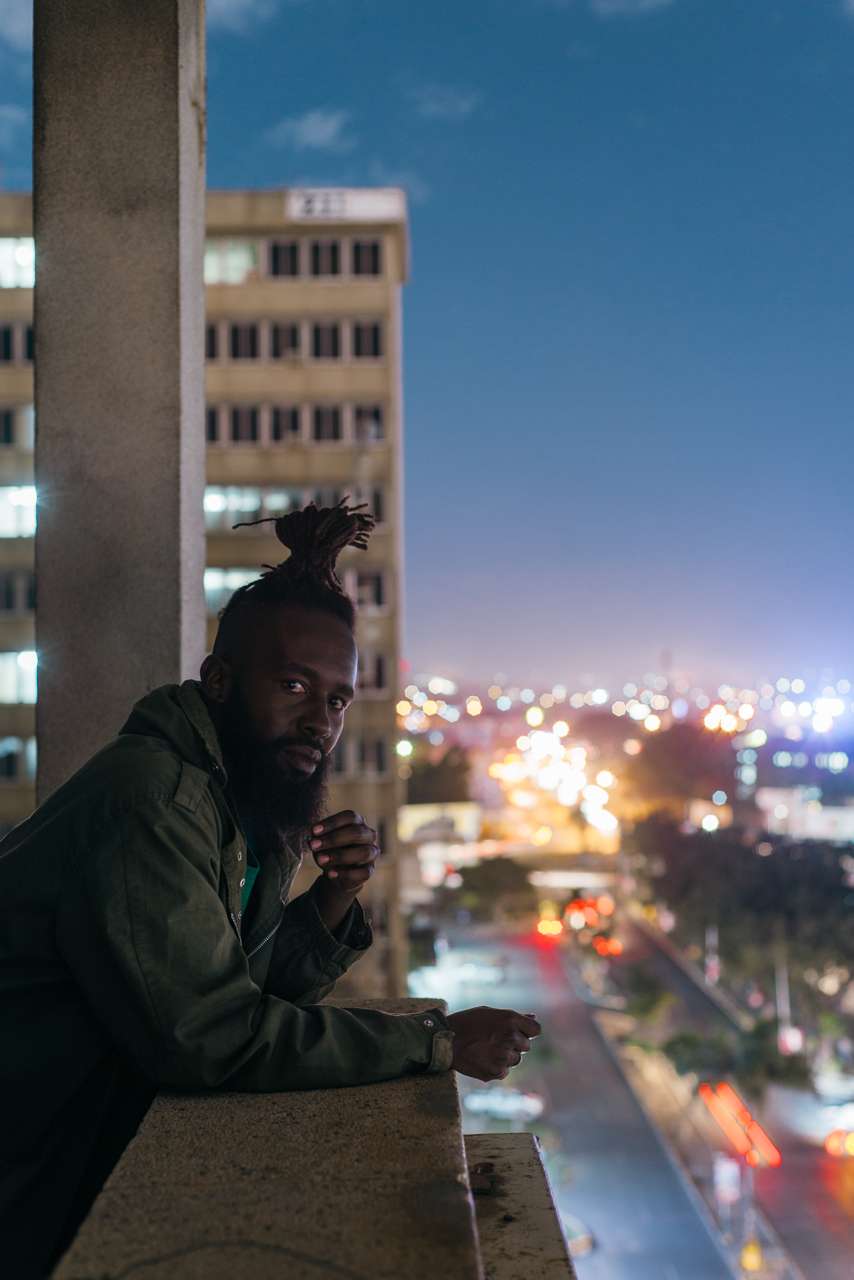 For Matheka, photographing cities and city life is a chance to populate the internet with more favourable and still honest images of diverse places and people, and to instill a sense of pride and dignity among locals.

“If you Google ‘Nairobi,’ a lot of images will be of Kibera, which is the largest slum in Africa,” he says. “It is ours. It’s not something that I’m trying to refute. But Kibera is not 90 percent of Nairobi.”

Growing up, Matheka, like many Africans, mostly saw images of the continent depicting conflict, disease and poverty, with the occasional shot of a wildlife safari. “I don’t think I even thought about it as a misrepresentation. I just thought this is who we are.”

But he recalls the night in 2010 when his own perspective of Nairobi changed after he climbed the Kenyatta International Convention Centre [KICC] – one of the tallest buildings in Kenya and a staple of the city skyline.

“I remember just watching the city, and seeing it that way for the first time really made me love it,” he notes. “It looked so beautiful. And I thought, OK, I guess it’s on me to photograph this view.”

At first, Matheka said many Kenyans who saw his photography couldn’t believe that the view hadn’t been photoshopped. They doubted that Matheka’s version of the city was the same one they’d grown accustomed to seeing online and in the media.

“That’s when I realised that the problem is not even the West. The bigger problem is us,” he says. “It doesn’t matter how people see us if we don’t see ourselves in a better way. So I stopped being concerned with how we are seen in the West and I got more concerned by how we see ourselves. That became the focus of my work … to put Africans first.” 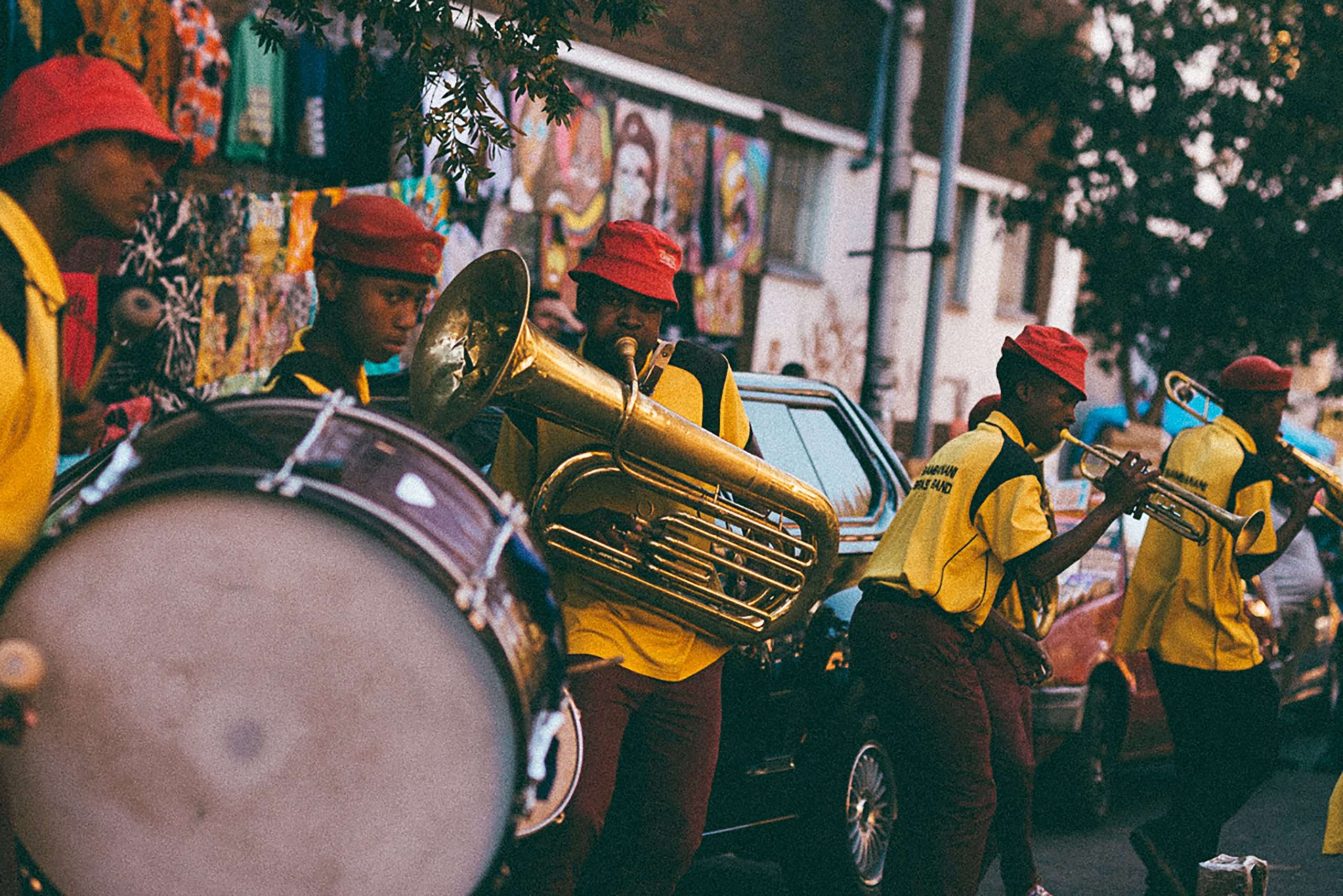 In late 2016, Matheka and his friends launched a crowdfunding campaign that would raise over £30,000 to enable them to drive to 13 capital cities in 10 countries over 70 days, documenting their day to day travels via social media. Matheka says he was shocked but humbled when he saw that the vast majority of supporters were Africans themselves.

At the outset, the ‘Unscrambling Africa’ crew didn’t realise the scale of the impact their project would have. But from Lilongwe to Lusaka, and Maputo to Maseru, they were guided by their central mission: to document Africa for Africans first, and then the world.

“A lot of material [about African travel] will be from Lonely Planet… blogs by people who have done a lot of trans-African trips but who are not necessarily Black Africans,” Matheka says. “For some, it may seem like that’s not a big deal. But it is an extremely big deal because…

With this in mind, the purpose of the project became broader: to inspire curiosity in new generations of Africans to unscramble the continent for themselves.

“This will be a story for other Black people to follow… and think of going to places and having experiences much different from what they imagined. The project is not just to say what we’ve done, but to encourage others to do the same thing.”

One month into the trip, Matheka had a near fatal accident that forced him to return to Kenya where he underwent physical therapy for a year. Fortunately, he recovered and would later receive a Ford Foundation grant that enabled him and the team to get back on the road. 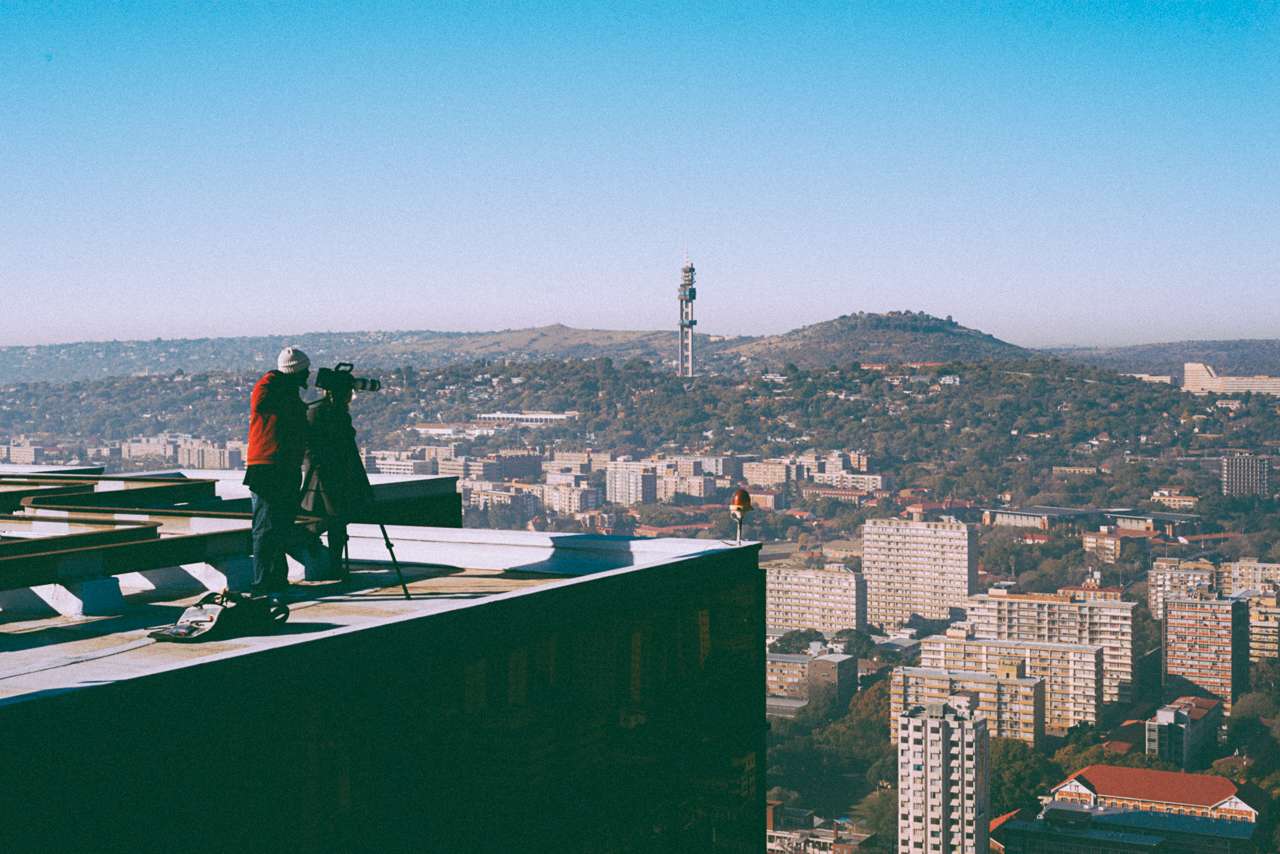 In the end, they spent 104 days driving just over 18,000 kilometres in a Land Rover they named Luanda, like the great 18th Century Kenyan warrior. Over the course of the project, Matheka says one of the things that struck him most was each city’s unique sense of urbanity.

“In Nairobi, because of the traffic, people go out earlier. When you go out to a club, you might find many people in office clothes. But when you go to Kampala, people leave the office, go home, shower, have dinner, tuck their kids in and then go to the clubs. The main thing is people want to go out. But people have chosen to solve that problem in different ways. And that, I find, is an interesting take on urbanity.”

The team is currently working on a photography book, a colouring book and a short film about the project. Matheka is also working on a photo series about African hair and another on Nairobi cityscapes. He says his goal for the next phase of ‘Unscrambling Africa’ is to photograph all African capital cities over the next 10 to 20 years.

“I’m just following my own curiosity,” he explains. “I hope that that allows someone else to follow their own curiosity. And hopefully, we can have a whole continent of people that are curious about each other and go out of their way to meet each other.

That could break down a lot of barriers.” 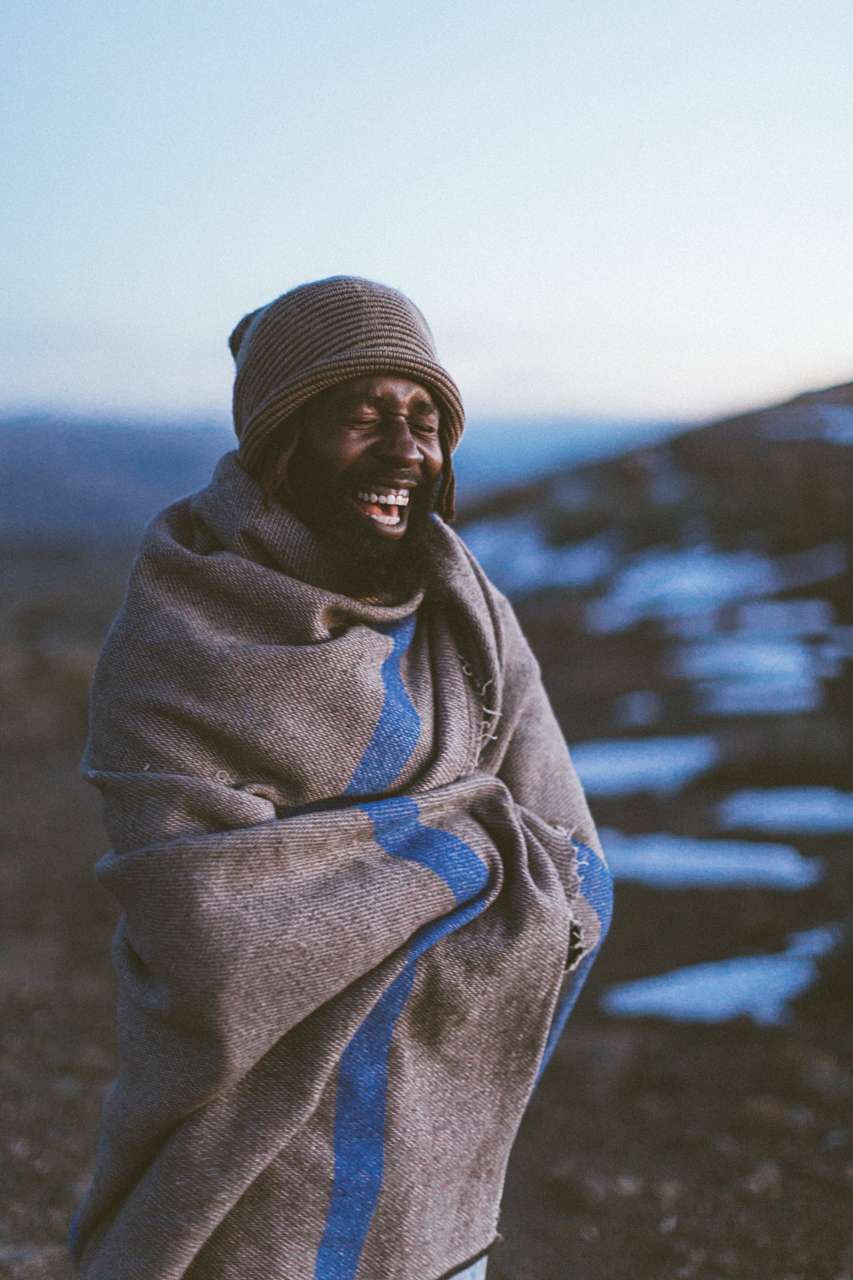 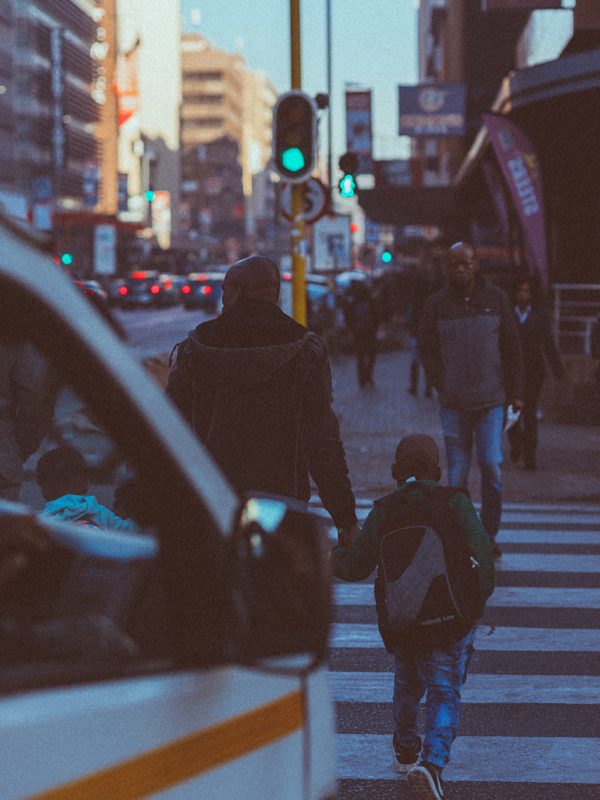