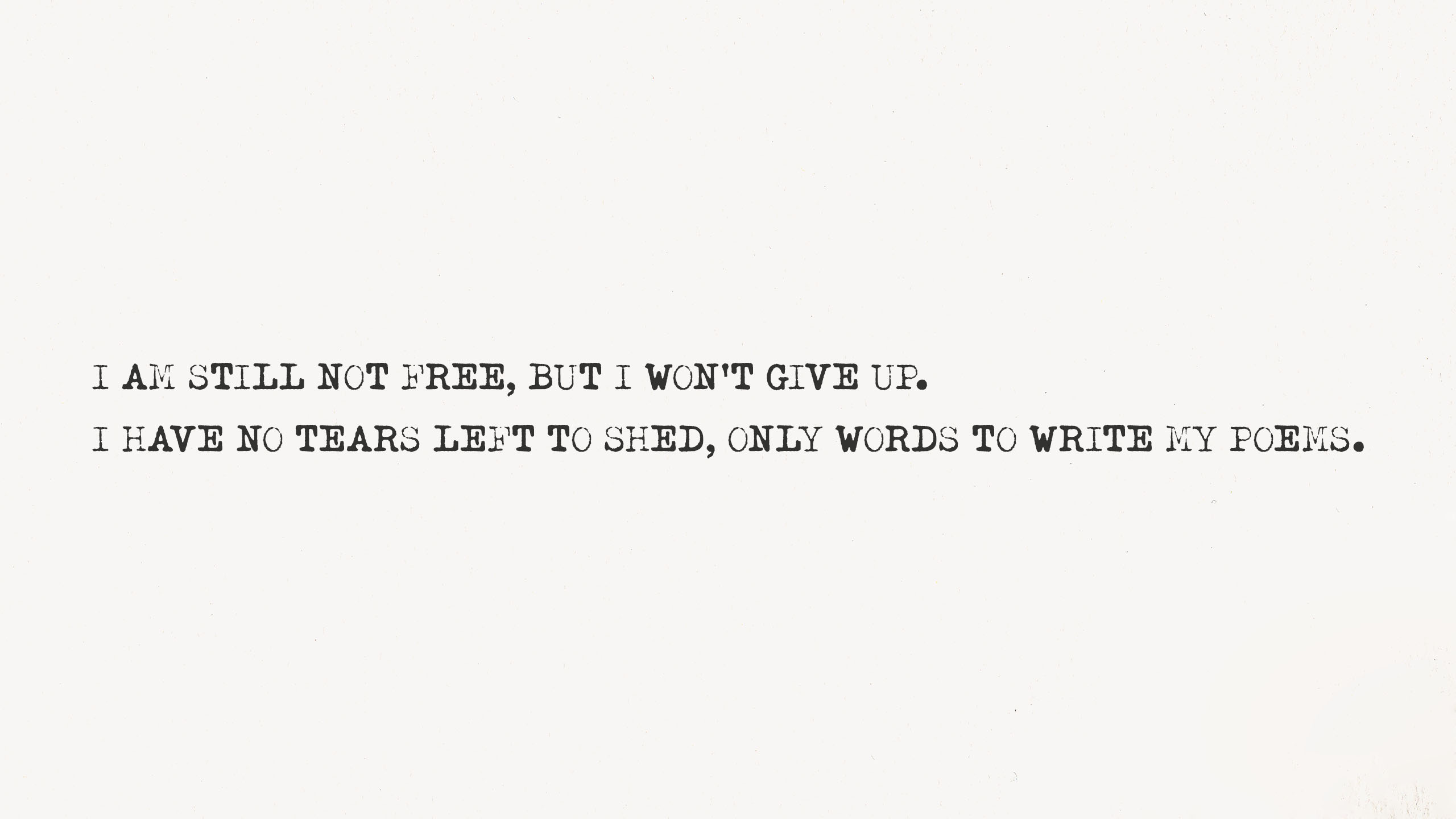 For loose sheets of paper, Ghazi’s Hussein’s poetry carries an unimaginable weight. The only existing copies of his work, they are handed to me with a trust that belies their importance – or perhaps speaks of a level of understanding of the human condition which I am yet to learn. After all, it is words such as these which led their writer to a torturous 20 year imprisonment in Syria. This description is not used lightly – whilst incarcerated as a political prisoner of the Middle East, Hussein was subjected to the kind of torture most of us will never even hear of; sobriquets attached to acts so unbearably inhumane no words currently exist to describe them.

First arrested as a boy of only 14, Hussein was told he was suspected of smuggling money and arms. So began a six month period spent in a one metre square cell, routine beatings and torture replacing school work and chores. Refusing to be broken, Hussein took straight to education upon his freedom – voraciously learning everything he could about the history and current affairs of his fractured country. Gaining multiple degrees, Hussein would – in a different life – find himself worthy of high praise; in actuality, he found himself deemed “guilty of carrying thoughts”. So a two decade long cycle of imprisonments and releases began, in spite of a lack of any actual charge.

Refusing silence, Hussein’s strength of being ensured he continued to write about the wrongdoings he encountered on a daily basis – focussing his work on his people as opposed to political movements or governments. The stanzas he penned whilst living through man’s most horrific of tests essentially examine what it is to be human; to have your soul bared with no prior consent, your will tested to its absolute breaking point. Hussein’s poetry speaks of the family he could not witness growing up, the refusal of a spirit to be broken and the eternal search for peace which to this day still shines from his eyes.

Now a refugee living in the UK, Hussein still seeks the peace which so eluded him in his former life. His journey from the Middle East involved imprisonment in Ceylon, Hungary and Romania before a two year battle with the Home Office which eventually concluded with the procurement of indefinite leave and official refugee status based on the medical evidence of 20 years of torture. Today, he admits his life is still far from easy. Upon arrival in the UK in 2000, a stint living in Glasgow’s Sighthill illustrated the terror and abuse so hard for his to escape: the Hussein’s were stoned, beaten up and verbally abused on a near daily basis. But Hussein refused to admit defeat:

“I am still not free, but I won’t give up. I have no tears left to shed, only words to write my poems”. 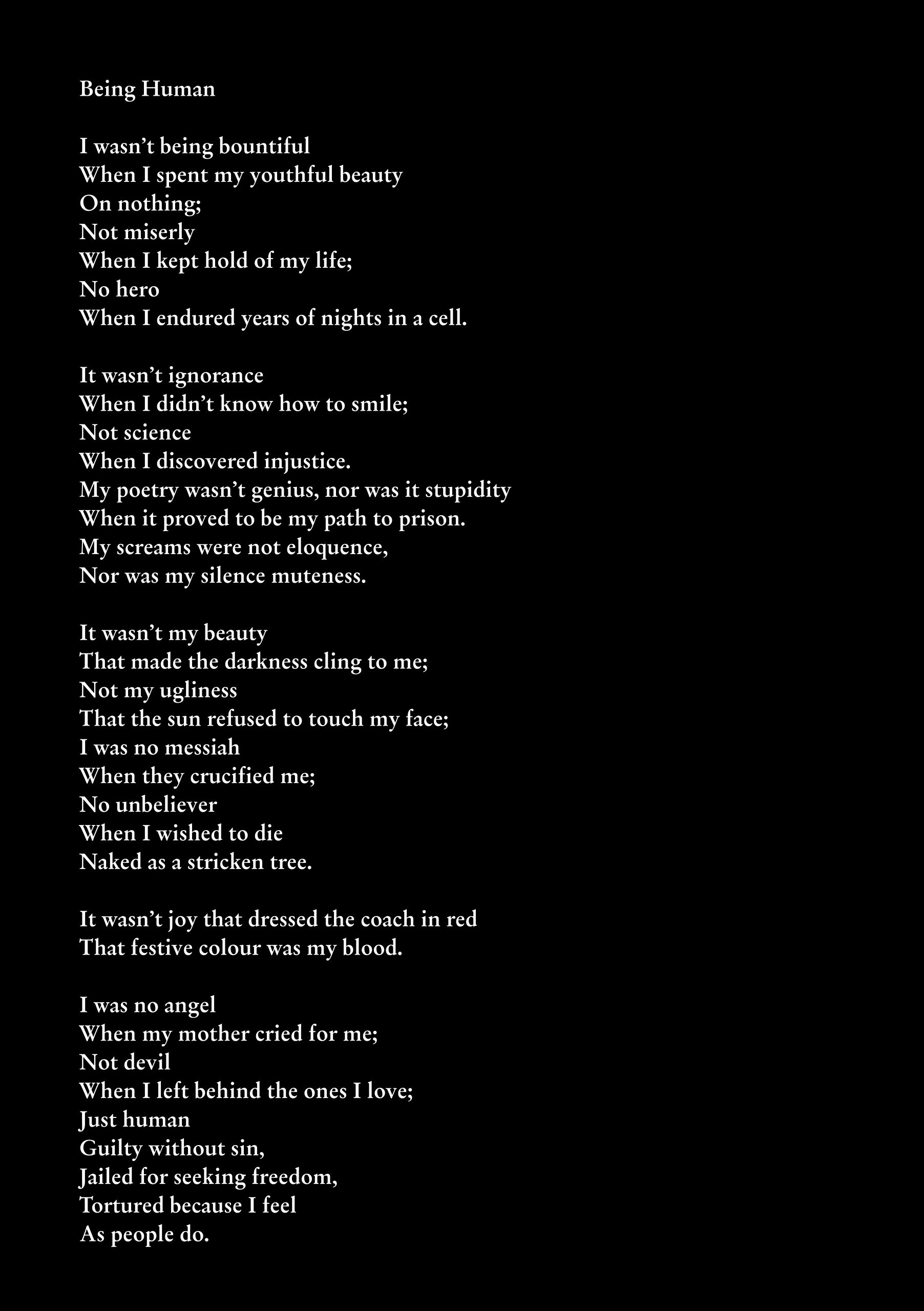 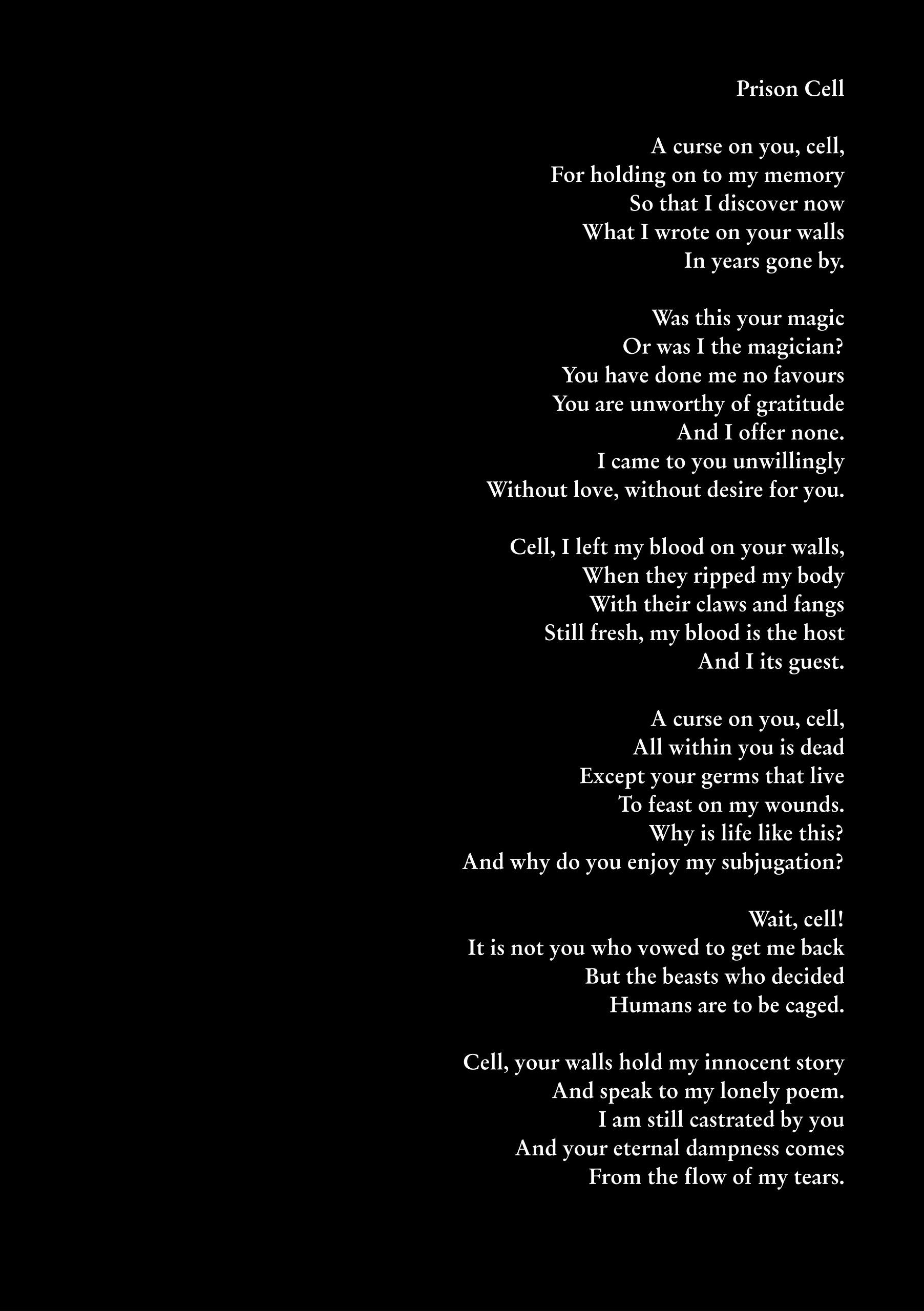 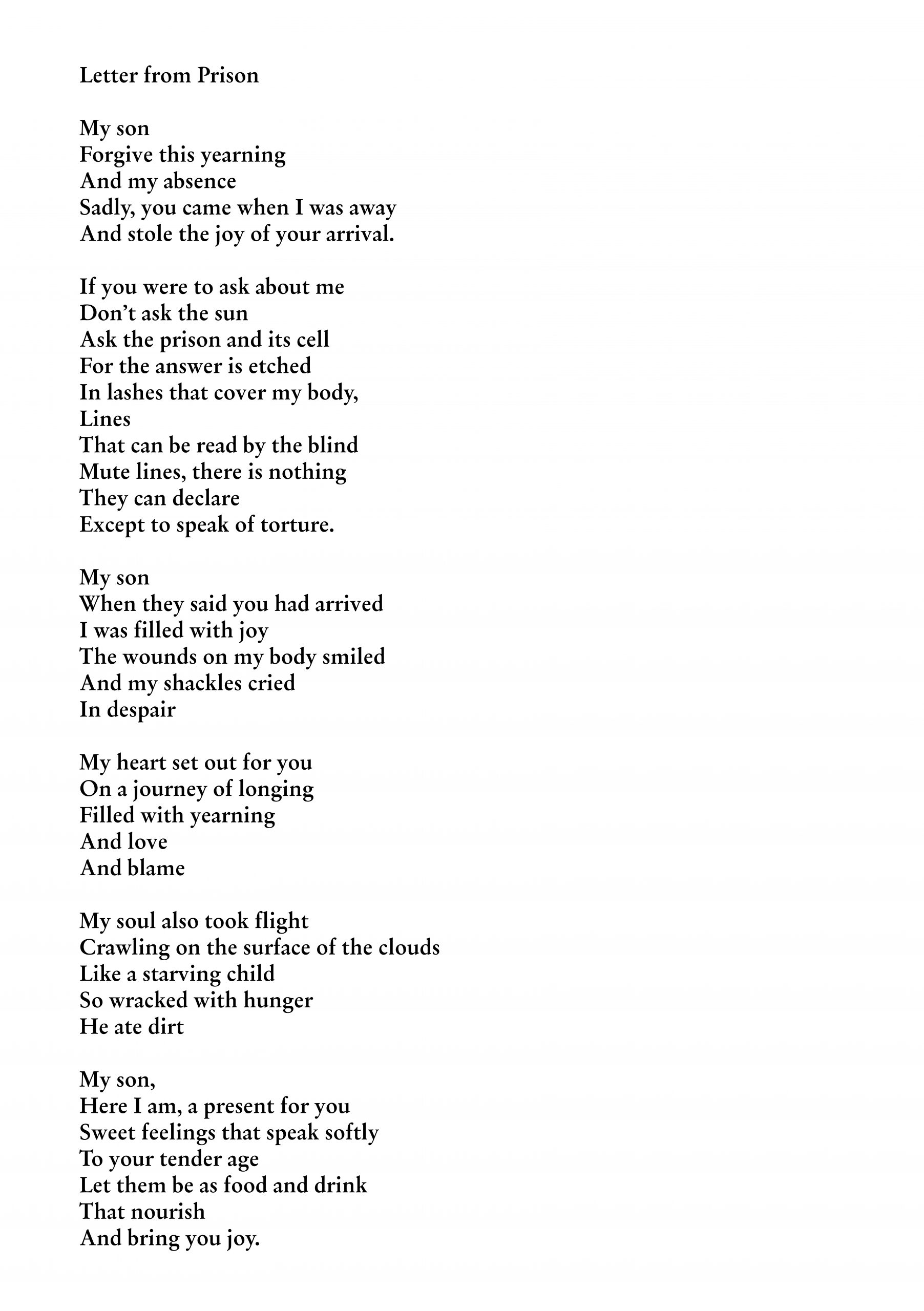 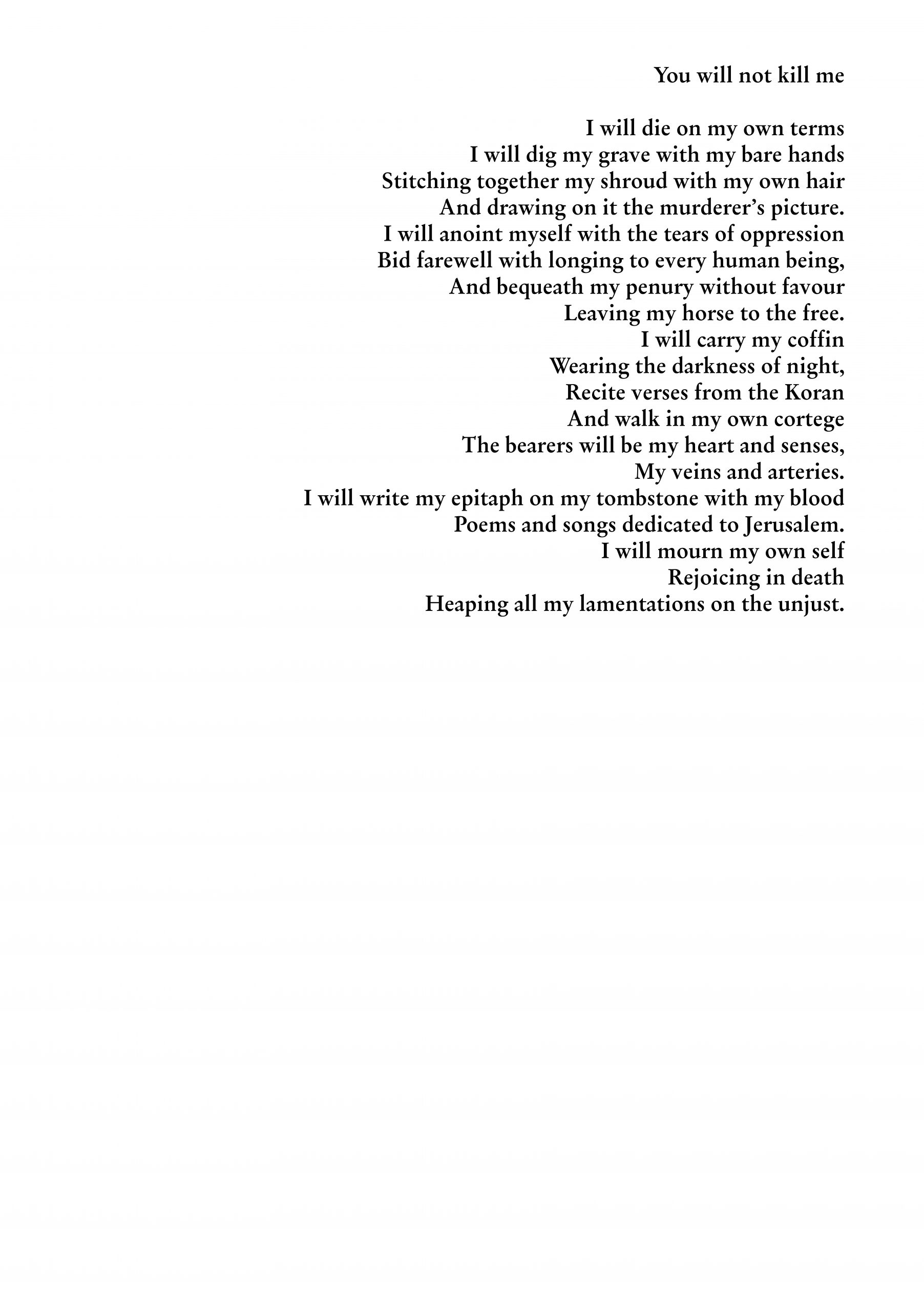 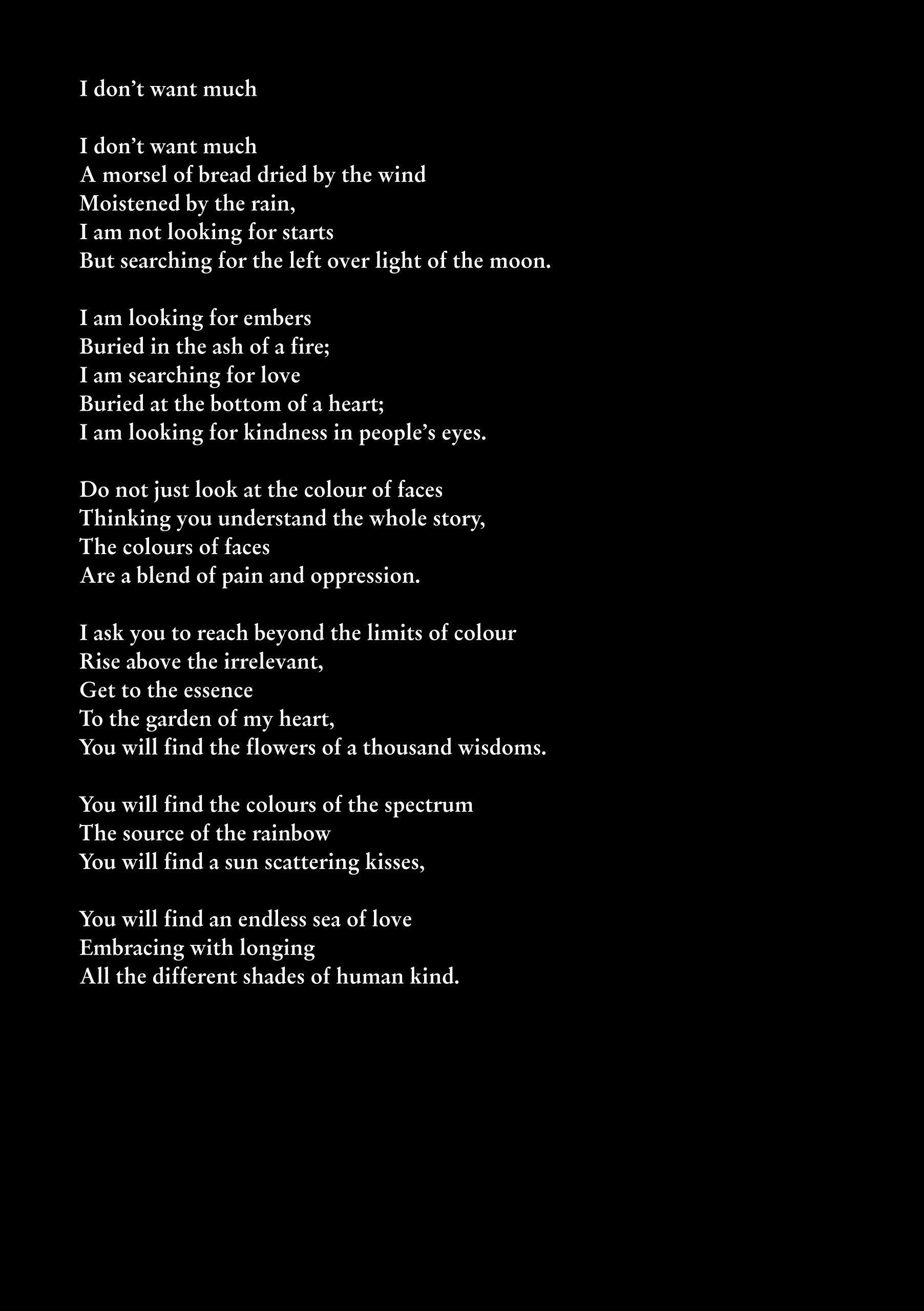 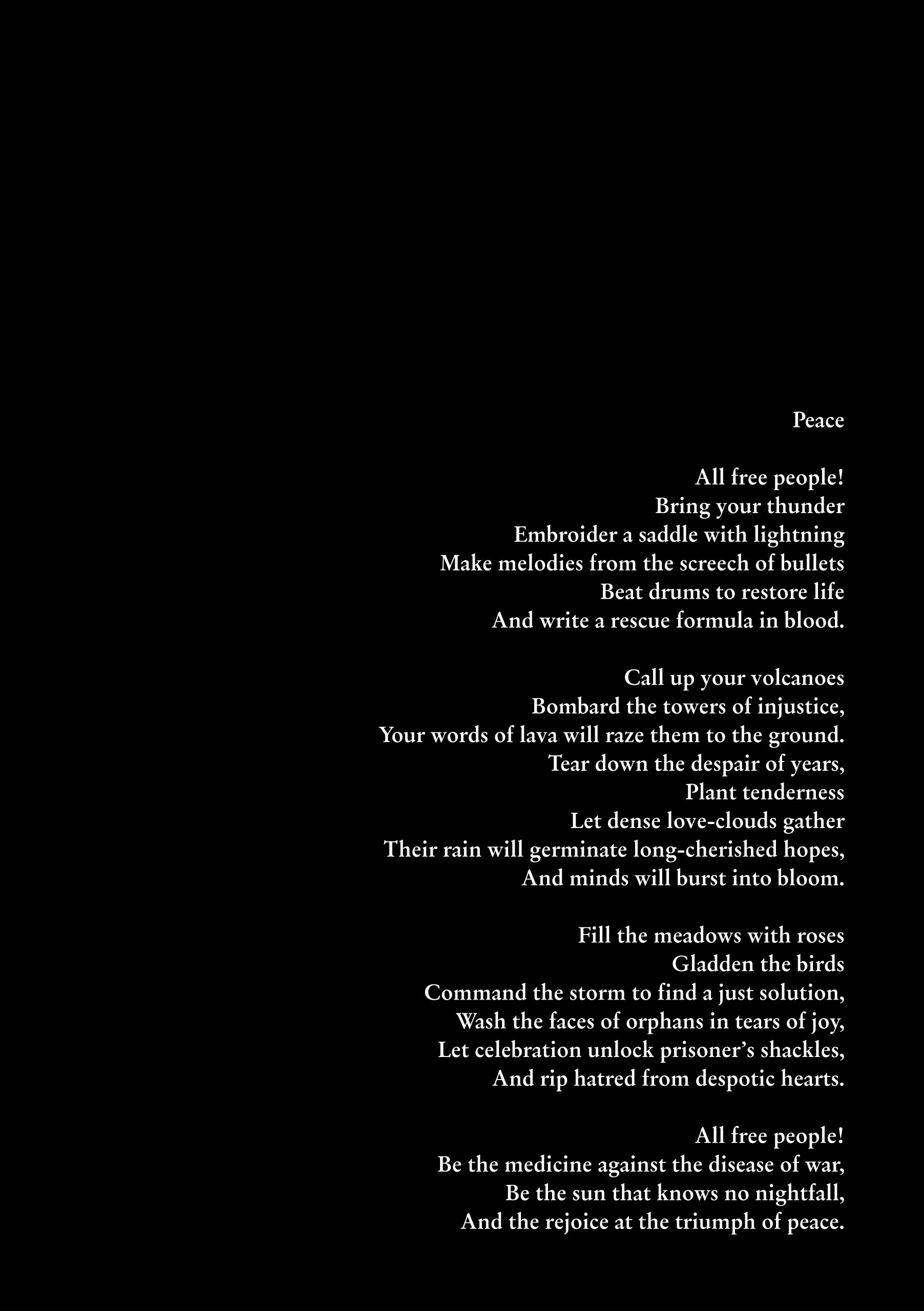